The Rising Sun, better known as The Riser, is a small canal-side public house in the town of Berkhamsted in Hertfordshire, it occupies pride of place alongside lock 55 on the Grand Union Canal and also has the distinction of being the first pub in which I bought a drink, well, the first pub in which I remember buying a drink. My maternal grandfather, Frederick Styles, would take me there on Sundays and I would sit on the steps outside with a bottle of fizz (Vimto springs to mind) and a packet of crisps and I would watch the boats coming and going whilst he was inside supping ale and playing cribbage. This was in the early 1960s, I’d have been 5 or 6 years old and amongst the boats I watched coming and going were the last of the proper working boats on the Grand Union Canal. I loved and still do love the sound of their diesel engines, especially when they were just ticking over when the boats were locking up or down, a wonderfully lethargic chump…chump…chump…            chump… chump, they seemed to miss a beat every now and again but it is a wonderful sound.

We were rather spoilt for choice when it came to watching boats because along with the working boats, the raison d’être for the canal in the first place, there was a boat hire business just above the next lock along, Red Rose Cruisers, all their boats were not surprisingly, red. It was interesting to observe the differences in technique between the working boatmen and the holiday cruisers. The latter, freshly tutored in the dos and don’ts of lock operation were carefully winding the paddles down and closing the lock gates after them. The former who had seen the writing on the wall and knew that their way of life was coming to an end would more often than not let the paddles drop with a characteristic rattle and crash and gently ram the lock gates with their vessels to open them.

One Sunday as I sat on the pub steps, contemplating the depths of my bag of Bovril crisps, Grandad called me in to the bar. I’d been in the bar before, usually to choose a drink and or flavour of crisps but of course, I wasn’t allowed to stay inside. I got to my feet and climbed the few steps into the bar, Grandad and a couple of his friends were sitting at a table under the window. “Hold your hand out.” he said, I held my hand out and he dropped a number of coins into it. “Go and get me a drink.” he said, pointing towards the bar. I turned around and took the two or three steps required to get me to the bar, the Riser is a small pub. The landlady who was standing behind the bar had witnessed the exchange and already had a pint pot under the handpull as I reached up and deposited the coins on the bar. “Oh Fred, you know I can’t serve him, he’s far too young.” she said as she placed the full glass on the bar in front of me. I reached up with both hands and picked up the glass, and very carefully transported it to Grandad’s table.

I went to The Riser yesterday, I’ve very fond memories of the place and since I’ve been old enough to legally buy alcohol I’ve always popped in occasionally. These days it’s a splendid gem of a pub for the committed real ale and cider drinker; come to think of it, it’s a splendid gem of a pub full stop. The sun was shining albeit with a bit of a chilly breeze. I sat in the pub, not on the steps outside, and watched boats going by. 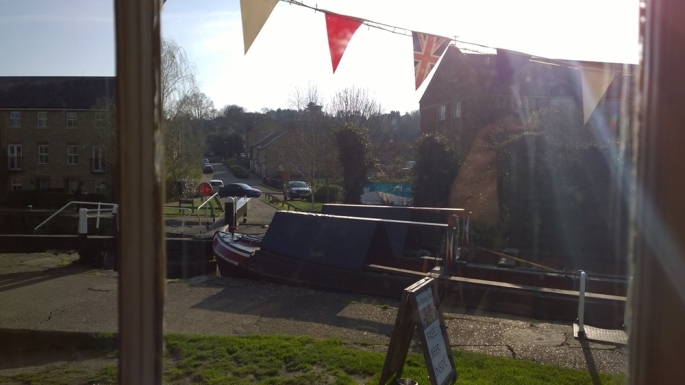 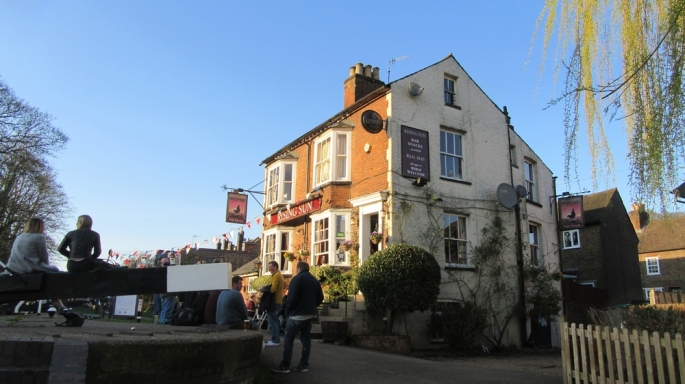 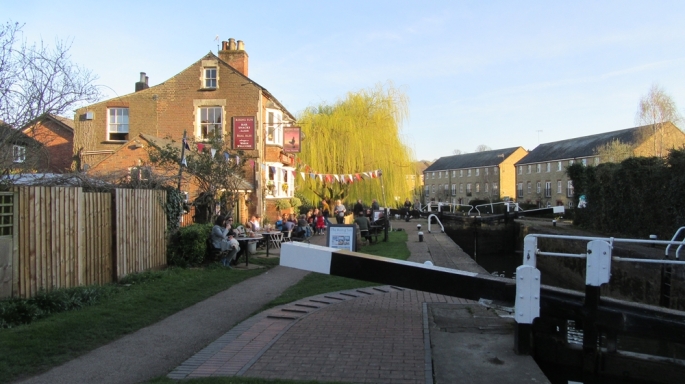